The AEF is recognized as a 501(c)(3) non-profit. Our purpose is to identify deserving young people and help them achieve their goals through educational financial assistance. This will be accomplished through awarding of scholarships and grants to individuals and public colleges and universities."

As a 501(c)(3) all dontations are fully tax deductible. By clicking on the link below, you will be taken to Paypal. Paypal is an encrypted and secure way to safely make donations online.

Thank you for your support !

To make a donation by check. Make check payable to
"Austin Education Foundation, Inc." , and mail to:

Advisory Board of Directors

The AEF is a 501(c)(3) tax exempt organization as a private foundation. Donations to the AEF are tax deductible contributions.

About The Austin Family Crest/Coat of Arms 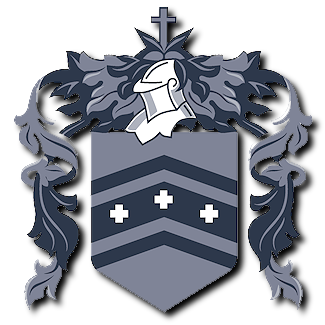 Before the days of the internet, ancestry.com and other modern day searchable tools, Willis Austin researched and compiled a book on the Austin family history. Litteraly hundreds of hours were spent researching old census data and burial records to compile a detailed and accurate record. As a part of this work, Willis found an Austin Coat of Arms recorded in England in 1611. Below is an exerpt from his writing.
"This is the arms of the distinguished family name of Austin. Although there are earlier grants this arms was recorded in 1611 and brought to this country by Richard Austin in 1638. Richard Austin arrived in this country aboard the good ship "Bevis" with his wife and two children in 1638 from Bishopstoke, Hampshire England (Compendium of American Genealogy by Virkus) (Mathews American Armoury and Blue Book). He was a tailor by trade and settled in Charlestowne."